During early 2019, we at Sleep Cycle set out to work on one of our most ambitious as well as culturally challenging ventures yet, a deep and profound content production for the new Sleep Aid library. Throughout the years, we’ve been known for many things related to sleep, but content has remained an afterthought. We decided to change that, for the ambition of better sleep for our users.

The idea was simple. Provide audio tracks to help you relax and fall asleep. Design an entirely new section with Sleep Cycle to support this purpose. Build a mediaplayer around it. And create the content to support it. Stories, music, sound effects, relaxing guides, even poetry. 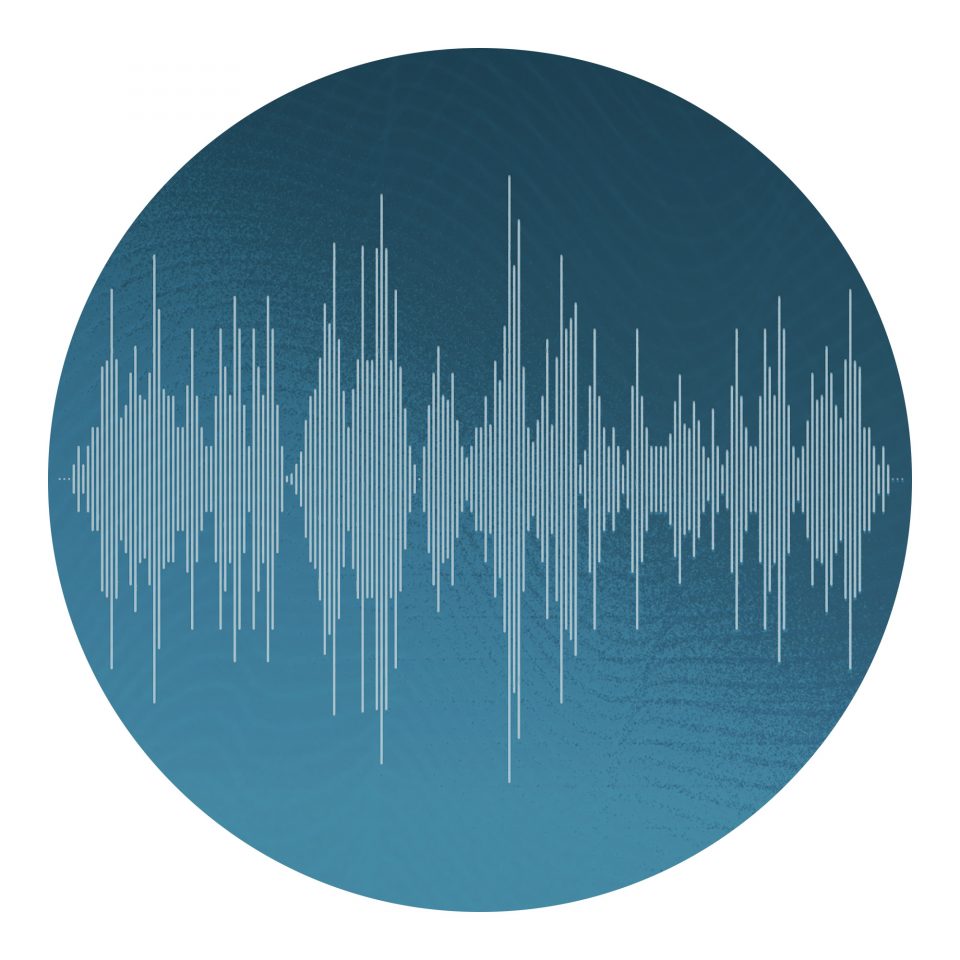 We made a few early prototypes with the gear and skills we had in-house (charmingly limited, but enough for the purpose). But once we felt we knew enough, we reached out to creators and producers that could help us reach the right level of quality. Robert Lundgren, producer and musician, and Daniel Medin, audio engineer, were two of them.

These guys weren’t exactly new in the game. Between them and their forty years of shared experience with everything from basement projects to international productions, it required some pitching to pique their interest and get them on board. They’re modest and passionate, but they’re also very busy. But our angle, to help people all over the world to sleep better, convinced them and soon enough, they were in the Sleep Cycle production maelstrom, where boundaries and limits do exist, but it’s up to you to find and define them.

“We did a lot of tests and experiments before we decided what we wanted”, Robert explains. “It’s different from what we’re used to. Usually, you create something for a movie, or something interactive like a video game or similar. But here, we’re not doing that. We’re making something for the purpose of helping someone fall asleep. The sound, the voices and the harmonic content are the main actors. And each production is long. Sometimes, over an hour.”

The studio setting is dramatic. In an industrial area by the Gothenburg river, the area is run-down but now on the rise when the city’s showing its love to the neighbourhood.

“It’s about the people,” Daniel says. He’s an intense and energetic contrast to Robert’s calm and laid-back 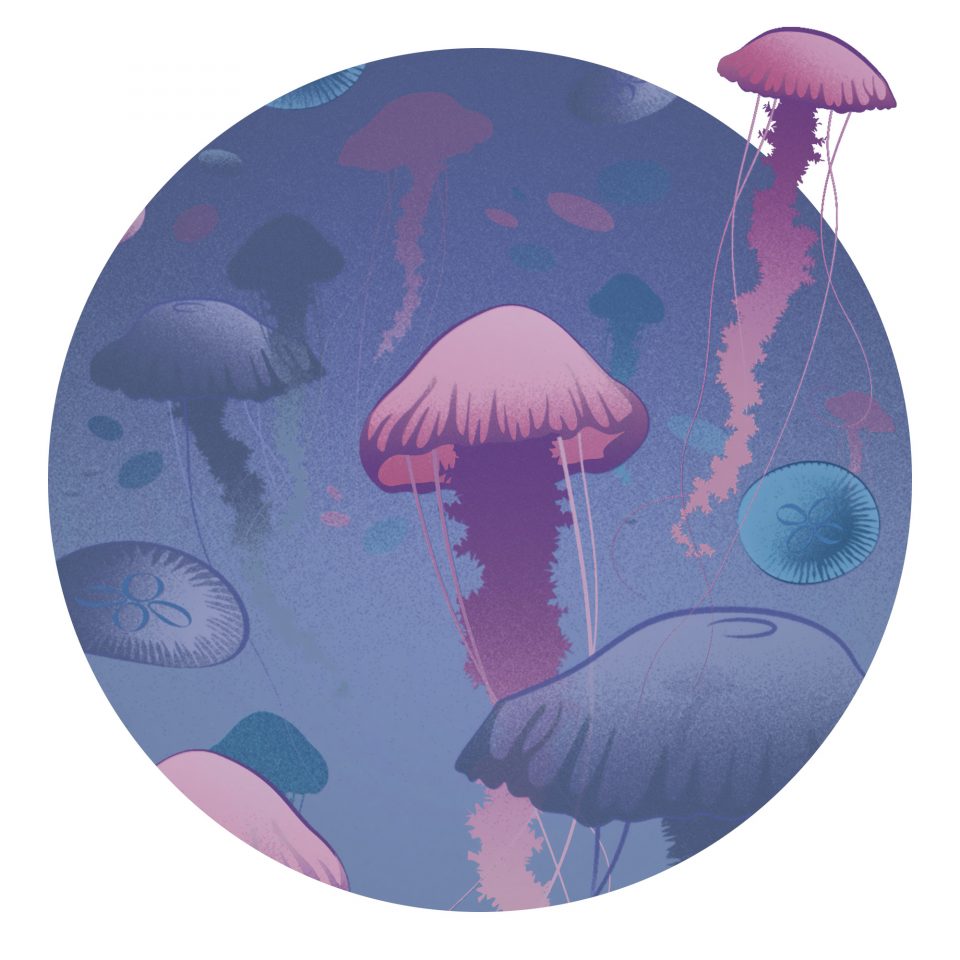 manner. “There’s so much talent here. Around the corner, there’s a workshop and there were these lamps all over the place. I asked him, what are those? ‘I made those’, he said. So I bought them and here they are, in my studio now.”

Their calm and soothing light, cycling slowly through colors of the rainbow, follow their own, sedating beat. They hover over Daniel’s equipment like sentinels from another time.

“I’ve almost fallen asleep when I’ve worked with Sleep Cycle’s material”, Robert says. “Andreas (Sleep Cycle’s Head of Content) sometimes drops off on our couch when we record the actors”, Daniel chimes in. “He’s test-sleeping.” “It’s the only time it feels okay to fall asleep at work”, Robert laughs. “But during the final test phase, when I’m making sure that I’ve got the pacing right, I’ve been dozing off too. It’s powerful stuff.”

“There’s research on this”, Daniel says. “But it’s so individual, what makes you fall asleep or not. Nature sounds are popular, but they don’t work on me at all. I only get nervous. Sleep Cycle works a lot with testing and trying things out. There’s no such thing as the perfect sound for relaxing.”

“This method is better”, Robert continues. “Just try it on people. That’s how we’ve worked to find out what to produce. It can’t be too exciting, not too boring.” “You don’t want people to stay awake because they want to hear the ending of a sleep story”, Daniel says. “You just want to give them a great feeling, that helps them doze off.”

With this in mind, it took Daniel and Robert a while to find the right soundscape. Some harmonies provoke emotions you don’t necessarily want in a sleep context, no matter how appropriate they might be for other situations. This applies to voices, too. We originally assumed that actors would be the best choice, and asked Daniel to cast our stories accordingly. But professional actors were difficult to coach into that place where you want to be engaging without having to engage, and we ended up with a mix of yoga instructors, singers, musicians or just people with a tone of voice we liked.

“Sleep Cycle did their own voice work first”, Daniel says. “Their readings worked really well, and it took us a while until we figured out why. It worked because they didn’t sound like actors. This may be the one time where you don’t want drama in your story. Once we realized that, I had thousands of voices in my library and from there, we did a bunch of readings in the studio until we found the people we liked.”

So what’s Daniel’s and Robert’s relationship to sleep? Daniel smiles. “Fortunately, I’ve never had any issues with my sleep. I sleep like a baby. I love the Sleep Aid program but I’m affected by my work. I tend to listen to the sound distribution, clicks and stuff that I might’ve missed to edit. I guess I would sleep better with an action movie in the background.”

“My relationship with sleep has always been good”, Robert says. “But it has changed quite a lot lately, mostly because I became a father this Spring. So now I try to squeeze in naps here and there during the day and for that, the Sleep Aid program is a good tool to quickly get me into the right mood.”

How to fall asleep faster: stop those racing thoughts at night

What’s the secret to falling asleep fast? Find out what our experts have to say, along with advice and tips from Sleep Cycle users.

The sleeping habits of elite athletes

Olympic athletes and other professional sportsmen and women all agree – sleep is absolutely vital if they’re to perform at their peak.

Whether or not you’re currently struggling with sleep, it’s helpful to understand what normal sleep looks like so you aren’t putting pressure on yourself.

Mastering the art of the power nap

There are many health benefits to taking a power nap in the middle of the day. These tips will get you on your way to power napping like a pro.

Quick fixes to make sure you keep your sleep quality high on hot nights.

How to Fall Asleep

How to fall asleep faster: stop those racing thoughts at night

Can sleep apnea cause diabetes?